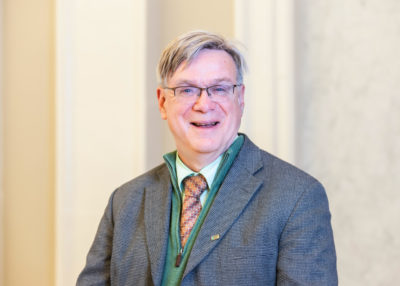 Charles H. Ford, Ph.D., is a Professor of History at Norfolk State University (NSU). He also serves as the Director of the Quality Enhancement Plan (QEP) at NSU.

In this century, Ford has pursued and published — along with his colleagues, Cassandra Newby-Alexander of NSU and Jeffrey Littlejohn, once of NSU and now at Sam Houston State University in Huntsville, Texas — several projects explicitly dealing with the desegregation of public schools and the African American civil rights movement in Norfolk, Virginia.

Most significantly, Littlejohn and Ford’s Elusive Equality: Desegregation and Resegregation in Norfolk’s Public Schools was published by the University of Virginia Press in August 2012.

Littlejohn and Ford’s “Reconstructing the Old Dominion: Lewis F. Powell, Stuart T. Saunders, and the Virginia Industrialization Group, 1958-65,” which appeared in the May-June 2013 issue of the Virginia Magazine of History and Biography, won the William M. E. Rachal Award.